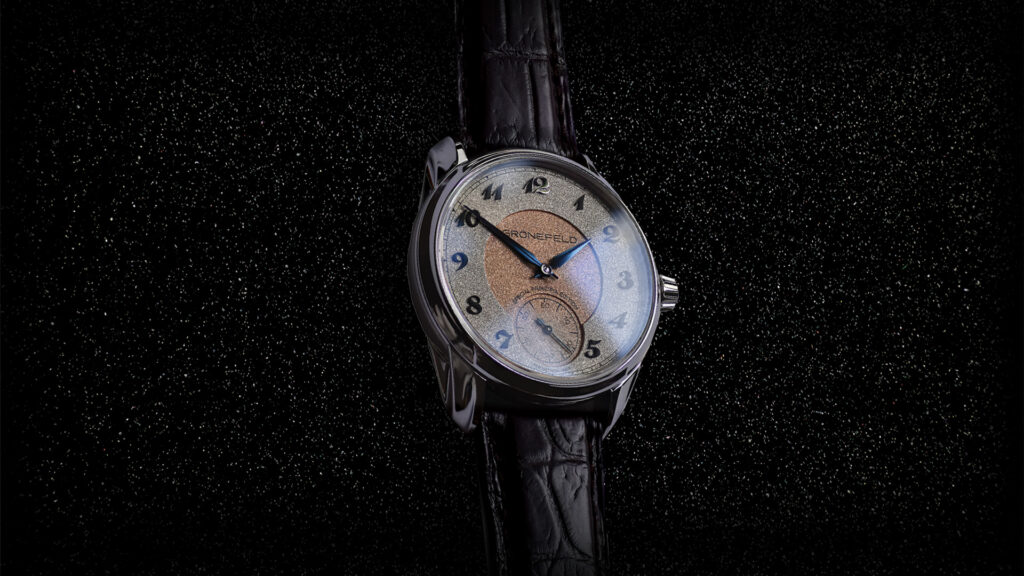 ‘Making the best watches in the world.’ This is what Bart and Tim Grönefeld aimed for when they started their work for the brand. They have successfully manufactured complicated watches featuring tourbillons, dead-beats and remontoires. The 1941 Principia which was introduced in 2018 was their simplest watch to date as it features an all new automatic movement at that time with the same premium hand-finishing which the horological brothers are famously known for.

Today, they have created the Grönefeld 1941 Principia Special Edition for Sincere Fine Watches, which is the first of its kind world-wide amongst the award-winning Grönefeld Principia line of haute horlogerie watches.

Reminiscing the brand’s honored 1941 Remontoire for Only Watch, the Grönefeld Principia 1941 Special Edition for Sincere introduces a fresh yet familiar look. It features a vivid specially frosted two-tone rose gold and khaki dial with the words, ‘Grönefeld Special Edition’ printed, in a stainless-steel case. Apart from a unique dial, it also features applied Arabic-numeral hour markers in gloss black and an applied ‘12’ Arabic-numeral hour marker in mirror polish.

Sir Isaac Newton’s scientific study of classical mechanics referred to as the ‘Philosophiæ Naturalis Principia Mathematica’ or simply known as the Principia, led the Grönefeld brothers to select the name for their watch with automatic winding mechanism. In this instance, the horological brothers worked together to make gravity an ally. The slightest movement of the wearer’s wrist causes an oscillating weight to rotate under gravity which obviates the need for the wearer to wind the watch. The movement is applied to the Principia Special Edition for Sincere, making it perfect for everyday wear.

Due appreciation is paid to the beauty within the timepiece; a sapphire case back has been fitted to confer a spectacular view of the movement with the limited-edition plate denoting ‘1 of 12’ in rose gold affixed on it.

The Grönefeld 1941 Principia Special Edition presents Bart and Tim Grönefeld’s demonstration of how they have overcome the detrimental effects of gravity and delivered a highly precise watch for the delectation of purists.